Messiah Missions has many methods for the saturation of the gospel to the unreached houses and villages. Sometimes we used to conduct special gospel meetings such as the one we conducted in Ambur which had 200 people and 50 of them got saved when the Message of the Cross was preached with the power of the Holy ghost. We preach in the Jails and comfort the patients in the Hospital beds. Bread and fruits are distributed at that time. Unfortunately many times we could not take pictures due to restrictions and criticisms.

In some cases we talk to families with two or three women and their children. In such times we are invited to pray for the sick people and god delivers them as Peter’s mother in law was healed. But we used to continually talk to them following up.

Then they know the way of salvation and come to church. Such one is the wife of Mr. Suresh’s wife Sunitha. She was demon possessed and near to death and we were invited and Pastor John mohan prayed over her and she was healed. Following up we are visiting them and conveying Gospel to them.

The Lord Jesus has enabled us to conduct two days meeting in Ambur Town, Devalapuram, Sampath nagar in Velur,Dasabale and Tiruppatur and also in Kunichi in Pastor Ezekiel sundaram’s place.

Nearly 50 people came to Christ and all the churches witnessed growth during those meetings. But the people of god from those areas told Pastor John Mohan should come alone once as he got little time to preach.

Please pray for the fellow pastors of MMI working in Ambur 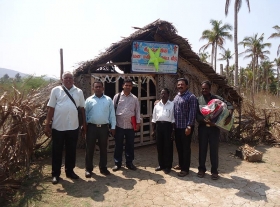 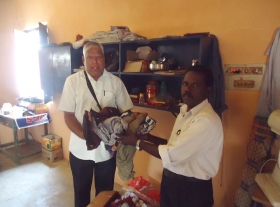 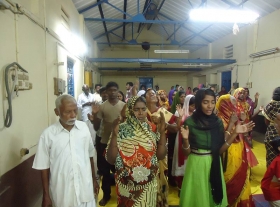 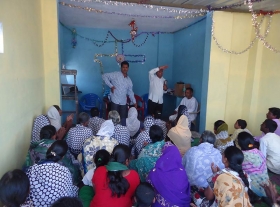 News from Interior Villages of Tamilnadu

Pastor John Mohan conducted three meetings and 20 people were saved in these meetings. Though no miracles were happened some people which were prayed or their sicknesses witnessed they were relieved.  Please continue to pray for this field.

Pastor Ramesh Timothy has come out from a Hindu family. He has wife and two children. Both male children. They are studying in primary school. He had an apt for ministry. And as we preached and prayed for the sick people many people were saved and a church was formed in his place.

Pastor Joshua Raji has come out from a heathen family. He has wife and only female child which is 19 years old. She has passed the pre-university examination and has joined in the Clinical Laboratory Technology course and has been suffering to continue education.

Pastor David Shanker has wife and two children. This congregation has swelled during these 15 days. New souls are added. This prayer hall’s rent is cheap. His wife Esther is full of spirit and prayer. His children are lovely. This time six new young people also came to the gospel meeting. Pastor John Mohan spoke about the second coming of the Lord Jesus Christ and the need for people to be saved. However baptisms were given by Pastor David Shanker itself.

Pastor Ezekiel‘s church has increased to 200 from the original 50 members.Now the people are talking to build the church building from their savings.The believers are from poor agricultural laborers and because the landlords are radical hindus, these new converts face many problems. They are are denied right wages and ever labor. Some new converts are denied drinking water from the nearby wells and they have to walk a kilometer where they can get water from the Government bore well. When a death occurred hundred people (coloured hindus) gathered to stop the burial becaudse the body was taken in a coffin box. Later the Pastor was beaten and the Police had to come and escort the funeral procession.

Christians are not safe in India now. Every effort has made to stop the preaching of the gospel and the number of persons attending the gospel meetings has frightened the Anti-Christian elements. Since Pastor John Mohan has been beaten several times he could encourage the believers and they are steadfastly standing in the faith.

Ghar Vapasi (Come back to the original religion) has been launched by the Anti-Christian RSS, group but only little response they had and they have winded up their boxes because no believer has yet come back to renounce their faith in the Crucified Savior and only Lord Jesus Christ.

Our congregation in Nanjangud also grew in this new year as we fasted and prayed for a fortnight in the end of the last year. The believers have come forward and white washed the building which is 30 feet long and 18 feet breadth. Presently we need to electrify the building which costs 15 thousand rupees (250 USD) because we need to conduct night Bible Classes there. 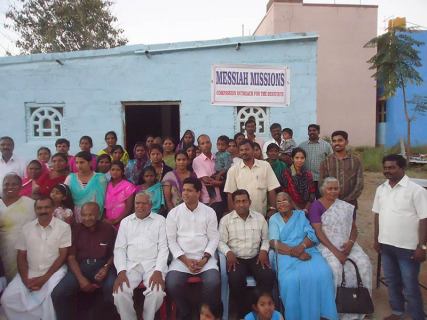 Mrs. Ekkamma was converted in the meeting in which we distributed prayer mats to 100 peoople in a remote village called Bankalli. Previously we used to give out cloths and sweets. But this time we thought spiritual  benefit is long lasting. We invited the people , gave them nice lunch and prayed for each of them. After which we distributed 100 prayer mats (they will also use them for sleeping) so that they may use them for prayer.  Nevertheless all these houses are having mud floor, because of which children often get insect biting, jaundice and fever and cough .So this gift is multi beneficial and long lastingly effectual. When Mrs. Ekkamma saw this event she came to me and told she would donate one acre of land in Sooralli for the ministry should go there. Sooralli is 17 kilo meter away from our Head Quarters and in between Nanjangud and Bankalli. Ekkamma has three daughters. Ekkamma is a widow and her husband Mahadev died some years back .

My name is Jennifer. I am the only daughter of Evangelist Joshua Raji Munisamy. My father works with Pastor John Mohan as the co-ordinator of MESSIAH MISSIONS MINISTRIES in Tamilnadu. We are poor we live in a rented thatched house with house rent 1500. My mother goes to wash clothes and utensil in a house and finds money for paying the rent. I joined B Sc. Clinical Laboratory technology.

I was not having money for buying books. Pastor John Mohan visited us and gave me two thousand rupees. I wiped my tears and ran to buy books and continued my college education. After my college studies, I want to join work and want to help many evangelists. Please pray for me. Photo DSC04990

Last week a meeting was conducted in the church building and three families added to the church. Main person is Bannari which was a heavy drunkard. He and his wife Mamatha joined the church and another Martha which also a pregnant woman will be taking baptism on Sunday. Now a days we could not send all the baptism pictures but many have taken baptism and we every day doing gospel work here and there in many villages. 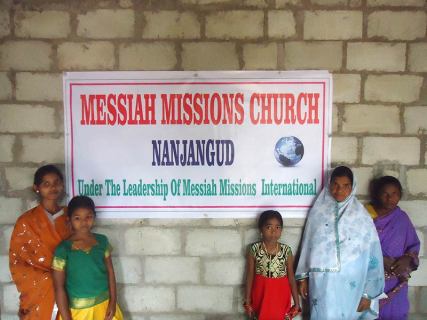 May blessings of God showered on you in this season.
And peace and grace continue. May our good Lord again begin to richly bless us and prosper our ministries.