Dear Friends!
Greetings in the name of Lord Jesus Christ.

Thanksgiving: Dear Brothers and Sisters I am very sorry to send you updates late, due to my getting busy with Summer campaign, struggles for Pastor Naseer to get him released from the Jail and making a renewal of the registration of our ministry, its really a hard and time taking job because the system here is not smooth that’s why we face many complications. But anyway thank God for the renewal of registration I already have. It’s really the answer of your prayers. Thank you for continuing prayers.
We are very thankful to our Lord for last two months protection and the entire ministry works. Although the situation still not in the favor of God’s work here but we have the same passion and commitment to serve Lord. Please continue prayers…

Street Evangelism: During the last two months the evangelical team went through the whole rural areas of the province of Punjab and approached 118 villages and small towns. This time we had the amazing experiences for the glory of God. I would like to share one experience of Pastor Younis, he caught by some students of Islamic Seminary (called Darsgah). They brought them to their Darsgah just for the purpose of sharing their thoughts about Christianity but the moment when they enter into the Darsgah they said our IMAM (Muslim religious leader) will talk to you. Before it’s the IMAM talk to our evangelical team, the IMAM ordered his disciples to bring drinking water for the team. But the way of presenting water was so hateful and insulting for the team because the glasses were so dirty and broken. Pastor Younis being a bold man refuse to take water and asked IMAM that, is this the Islamic way of h hospitality? They felt very ashamed and after that they brought Coke for the whole team. Then they had the opportunity to listen and talk with them. Thank God we had the good conversation with them and they were so happy to have knowledge about Jesus and after that the IMAM got Bilbles/New Testaments for all of his students. Several hundreds of people have been touched by the love and word of God. Many of them have been delivered the Bibles, New Testaments, Miracles of Christ, Proverbs and some other small tracts in last two months. We were able to deliver the following literature except Summer campaign.

Persecution During Follow-Up: Along with the good experiences we had one bad experience too, during the last month. Someone made a complaint against Pastor Naseer to the police station, that he is keep on insisting Muslims to be Christians. Police arrest him and didn’t want to get him released because of the lot of pressure from Muslim religious organizations. The police made an FIR and send him to the jail. Then we had to apply for his bail in the court. After two week’s hard struggle we were able to bring him out of the Jail on bail. But the good thing Pastor Naseer had the opportunity to share the love and word of God with prisoners. The prisoners were very happy to see the person like pastor Naseer. He was very happy when he came out of the jail and shared his wonderful experiences with us. Because of this problem the follow up team couldn’t work well. Need to pray for Pastor Naseer, so his case in the court may finish as soon as possible.

Church in Kashmir: Because of our situation here we could not send back pastor for Kashmir Church and even could not make any visit during the last month. But the flock there is keep in touch with us by phone. We are praying and looking forward to have a permanent pastor there soon. 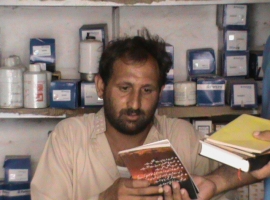 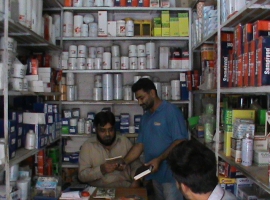 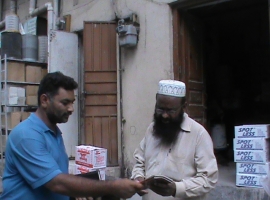 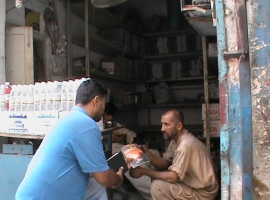 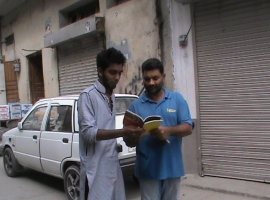 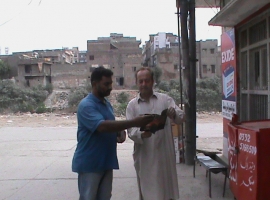 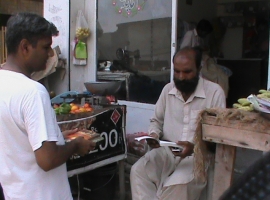 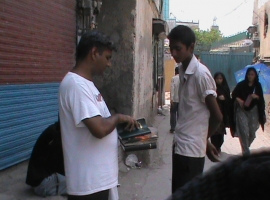 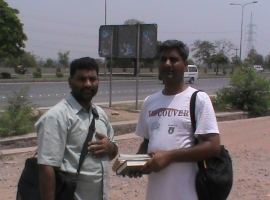 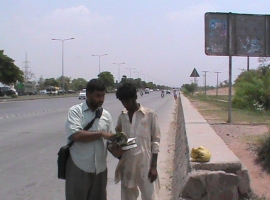 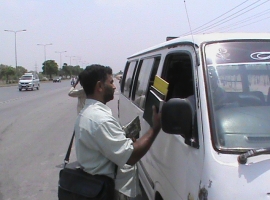 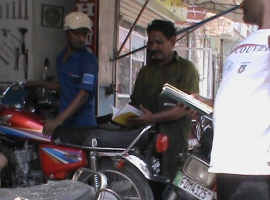 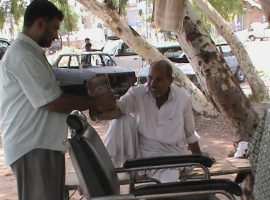 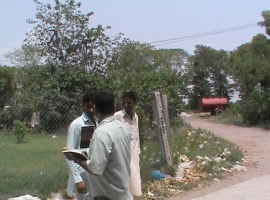 Summer Campaign: June 18-28 we had the summer campaign, there were some 5 people get involved in this campaign. According to the plan the evangelical team worked hard but due to, too much hot weather and some shortage of literature, we could not achieve the set goal of delivering 1000 Bibles/New Testament. But during this campaign when we visited different cities from Peshawar to Faisalabab. The evangelistic team had the opportunity to visit different pastors too, on the way. They not only provided us accommodation for night stay but also make arrange evangelical meetings into their Churches. There we had the opportunity to share the word of God and encourage people to take part to reach the undetached. Following literature have been delivered during the summer campaign:

Help the Helpless: Time to time we are keep on visiting not only in Allama Iqbal Colony but also some other poor colonies in the surrounding. We have noticed the same situation in all these colonies. Thousands of poor Christian families are living like slums. They have many problems like hunger, thirst, unemployment, health and education. We are praying and looking forward to help them in health and education. There are thousands of kids without education but there is no school and health center for them. Our Government totally ignore them.

Please keep us in your daily prayers and for the further information you may contact with us. Thanks, God bless you all.