By the grace of God, God of our forefathers Abraham, Isaac and Jacob who is all merciful and most faithful in His promises towards us, these humble children of God by the name of Jesus, His only begotton SON another year we are completing .We are not of Sun God, but we are offspring’s of the Son God our MESSIAH JESUS, which is the creator of sun, moon, stars and all the universe.

All our churches have reported developments in this year. Nanjangud Messiah Mission Church has been doubled within this year. Though not all the new members are baptized. We have formed prayer cells in Chamrajanagar, Kollegal, Kaavalandi, Narasipura, Mandya, Srirangapattana and Begur areas. In Nanjangud church very recently 3 persons which are strong believers are baptized in Christ. Two of them are female candidates and one of them Mahesh is from the village Hosalli, near Hullalli. Similar reports are coming from Chickaballapur, Kaarahalli, Yambarahalli, Gokare, Kushalanagar, Piriyapattana, Hunasur Bogadi [Mysore Town], Pulikeshi Nagar [Mysore Town], Sultan Batteri, and Pulppalli Taluks. Many of the incidents we could not take pictures because of the communal Rashtriya Swayam Sevak Singh workers create propagandas and criticisms. Many other evangelists are behind the bars by falls cases, but none of our workers are in any police case presently. 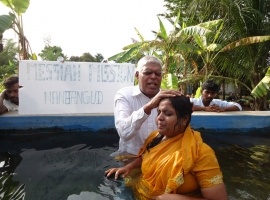 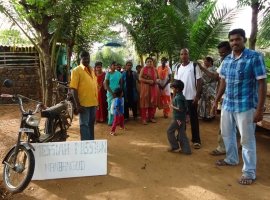 In West Bengal, one of our friends which is working there under the work of Messiah Missions has baptised another dozen believers this year. It is true that we could not support him in full pledged way so far, but we have helped Biman which is working there while he was tortured for Christ with many false charges.

Orissa brother Bhima Raitha is doing well and he visited Nanjangud and went back quickly as Workers in Orissa is often harassed for no reasons at all.

Many of our evangelism efforts are running nicely. We begin each work by giving away Gospel Tracts to each house in a village or town. Many of our salvation tracts contain content such as:

Because of these words, much responses are we reaching and those responses make chances to visit their houses and pray for the sick and win souls for Christ. Presently we have another kind of tract which tells about the healing in Jesus Christ. We will tell about this tract in the next paragraph. 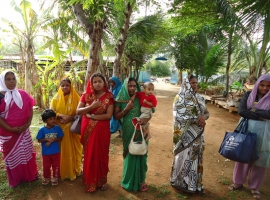 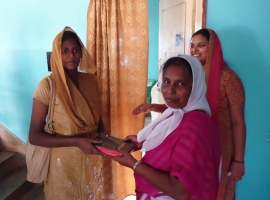 3. BE A WITNESS IN ANY MANNER

When brother John Madhan Mohan found that he had developed a cancerous tumor on his neck, he had to come to Thiruvanandapuram for a better check-up in the Regional Cancer Center there. He found ample opportunities in this Cosmopolitan city which is having dozens of Big Big hospitals with state of the art technology. They are being visited by thousands of sick people and their by-standards and John was grateful for the opportunity despite cancer. Millions of Billions of thanks to God.

John began to give away tracts and booklets at hospitals. By his visits first convert is Mr. Rajan, which is originally a country preacher’s son. He married a heathen woman for money and fell away from God. His father died, mother died, and two elder brothers died. His wife and their only son separated legally from him. While he was alone he was visited by Brother John Madan Mohan and his wife Thankamma and he came back to the Lord. he asked for a remarriage but since John Mohan is not favour of Divorce and Remarriage. We have not taken initiative for that.

Though a lot money is spent on auto fares, aid to the very poor which are the [poorest of the poor patients ], we do not want to ask for anything and everything of the Messiah Missions International office in the United States. We know that our international office is supporting at their maximum level to the ministries headed by the Nanjangud Messiah Missions office and some of the local funds should be raised for other expenses. However we are trying to print and publish, Messiah Missions own tracts and booklets in the New Year at least.

4. A BUILDING OF OUR OWN

Since all our evangelists, Pastors and Bible women live in rented buildings, we were not able to think of a permanent building of our own. We were casually praying I accept. But recently the Lord Jesus Christ helped us to take possession of a plot of land in a posh (nice) area of Nanjangud. Because of Brother John Roy’s initiatives and generous support from our Messiah Missions International office, we began to build a good headquarters here and almost completed are the brick works in the two storied building. Presently the plumbing, sanitary and the electrical wiring works off the ground floor. If God our supplier of all goodness and mercy provides , we may be able to complete the whole building in the coming year of 2013. We are planning to use the ground level building for the staff to live and office and the First Floor Level will be kept reserved for the missions visitors from the United States, other countries and from other parts of India. Presently prayer meetings and worship services have to be arranged elsewhere in different parts of the Taluk because we give importance to believers not buildings. 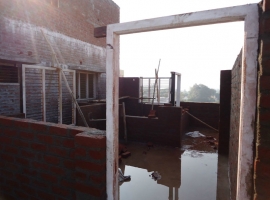 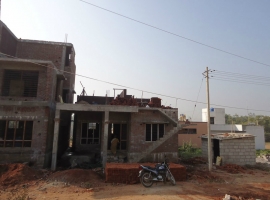 In Messiah Missions, we give importance to the children’s work because of two reasons. One is that they make the next generation. Secondly, if a child is saved, a society fully is saved because it has long lasting results. Presently we have 12 children centers in Karnataka State, 2 children centers both of [ Tribal Children ] in Kerala State, 5 centers in West Bengal and one center in Tamilnadu. Because of the need of Orissa the proposed Children Home for the real orphans and destitute children is supported in Orissa, where  the Australian missionary Graham Staines and his two male children Philip and Thimothy where brutally roasted in fire some years ago. Though a decade has been passed, we cannot forget that brutal killing by the Hindu religious fanatics. We provide paper notebooks, medical care, regular snacks and prayer care for these children. 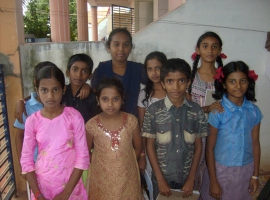 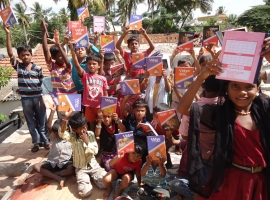 In some Sunday Schools we had to provide playing materials like skipping rings, suttle badminton rackets and shuttles, cricket bats and balls, etc. for regular attendance. Children like Ramya and Kavya proved these centers and Sunday Schools successful by fasting and praying for their families and bringing their families to the church.

Some of the converts in the Jails of Trivandrum [Mathukutty brother], Nanjangud [Rajan Philip brother], Kushal Nagar [KJ Mathew brother] have heard the Gospel and turned from their evil ways. But we do not take initiative in bailing them out, that is their own headache . We will only preach them the Gospel and pray for them. We are not using any music system inside the prisons. We just spend money to give them a meal or sweets for the convicts. Of course we are giving New Testaments free of cost to the convicts as well as for the Jail staff. In the nearby future we want to extent our ministry to the Mysore District jail also.

Understanding the need for additional hands, Brother John Roy which was served in the Alpha Course Ministries, in the capacity of State Director, put away his high paid capacities and came to join hands with the Messiah Missions Ministries in India. Not only because he is the only son of Pastor John Madhan Mohan, which helped motivate him to do that, it is he is from Nanjangud Town and understood the need for the ministries in Karnataka. Though the count of churches are many in Karnataka, soul winning ministries are rare. We congratulate and thank the Rev. Dr. S. E. Ray for allotting a handful of financial support for the needs of John Roy and his wife Mrs. Hephziba Radeesh joined with us as the coordinator of Children Ministries. Miss. C. Gowramma joined the staff as the Programme Director.

Since the time that our Sunday School female students found grown we thought of equipping them by imparting a skill for their living and stand on their own legs. Stitching clothes is a high paying job and high yielding career here. So we need to obtain some machines. An ordinary tailoring machine costs about one hundred US dollars and a Zig-Zag tailoring machine costs 235 US dollars here. By sacrificing some of our needs we could own three tailoring machines and one Zig-Zag tailoring machine for this School. We are waiting for a day in which we will have this tailoring school, which will be formally inaugurated by Mrs. Johanna Pérez Ray through internet connection called Skype. Mrs. Hema Mohan, Mrs. Jaayamma Santhosh with Mrs. Thankamma will look after this center and impart the skills to the young women. These three instructors will work voluntarily for the first three months and later they will get a Honorarium paid monthly. However no commercial piece work is initiated and no monthly fees will be levied from the children. 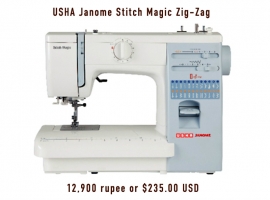 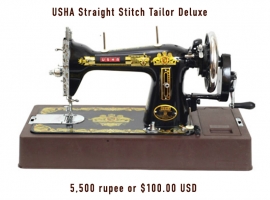 Actually our Government Registration is as Karnataka Messiah Missions Trust, registered in 2007 as per the Rules of Registration 1860. We are continuing the Registration and our accounts are audited by a Chartered Accountant every year. The leaders are elected every year and so far no problem has occurred regarding leadership.

Credentials of the persons and ID Cards will be sent to the International Messiah Missions office after the scanning is completed. Our Bankers are the State Bank of India and the Canara Bank.

We all the Members and Office Bearers of Messiah Missions Ministries of India whole- heartedly send Hundreds of Thousands of Thanksgiving to all the Board members and well-wishers of the Messiah Missions’s International Board.

So far Messiah Missions has not spent donations on Secular Schools, Bible Colleges and Hospitals in India. We do not have any plans also. We will continue in the mainstream of Evangelism, preaching the Gospel, baptizing them in the Name of the Father son and the Holy Spirit. If one has Christ, he has everything else following him.

This work is happening in the NAME OF JESUS