Since early 2020, a new framework of reference developed regarding all that is public health, and public education, among others. The global Covid pandemic caused many families to educate their children at home using virtual tools provided by the educational systems in charge. After a realization that this confinement was causing more harm than good to children, many parents decided to educate them at home using a different approach–the homeschooling educational approach in which one or both parents assumes all the responsibility of educating the children at home using one of many curricula available. Sadly, this abundance of homeschooling curricula, especially Christian-based, is non-existent in Spanish-speaking countries. There is not a great variety of educational philosophies available in Spanish which integrate a rich academic learning in the context of the Christian faith.

At the same time, many Spanish-speaking families have seen the transformation of education in general from an opportunity to prepare children to be useful in society by means of learning skills into an opportunity to force them to think in ways that run contrary to the Christian faith. Not only that, there are statistics that prove that currently the educational systems of the world fail at preparing children for the workforce in the context of the 21st century.

“That work which is most important in society is the bringing -up and instructions of the children– in the school, certainly, but far more in the home, because it is the home influences brought to bear upon the child that determine the character and career of the future man or woman. It is a great thing to be a parent: there is no promotion, no dignity, to compare to it.”
Charlotte Mason

Considering our mission to “help local, indigenous leaders in any given community to support and empower them for more effective ministry within their own community and culture,” we have thought it is pertinent to support families’ leaders, that is, parents, to carry out their parenting ministry within their family unit and alongside other families, by making accessible to them an educational philosophy that both provides a rich feast for the mind and the body while nurturing the spirit of each child.

Messiah Missions‘s members have become familiar with the philosophy of education proposed by Charlotte Mason, a British educator, reformer and educationalist of the turn of the century (19th-20th) who dedicated her life to explore, find and describe educational guidelines in accordance with the latest advances of science and the truth of the Scriptures. Thanks to Susan Schaeffer Macaulay’s book “For the Children’s Sake,” the Charlotte Mason’s methods and philosophy were re-introduced in the United States in 1987, given that her name has long been forgotten in the UK although her methods are still used in some schools.

Today, Charlotte Mason’s six volumes describing her educational philosophy are back in print in the US and Australia, and many parents have started an endless array of curricula, blogs, podcasts, local and virtual groups, conferences, materials, and much more, that is available both to families that choose to homeschool, or to schools that follow her educational guidelines.

Therefore, Messiah Missions will support Spanish-speaking Christian families seeking to homeschool their children with the Charlotte Mason method by 1) translating the six volumes of her Home Education Series, and 2) providing a virtual community of Spanish-speaking Charlotte Mason educators in Latin America, Spain and the United States to grow alongside one another.

Charlotte Mason based her educational philosophy in the Gospels. Quoting the AmblesideOnline website, “Charlotte Mason believed that children are able to deal with ideas and knowledge, that they are not blank slates or empty sacks to be filled with information. She thought children should do the work of dealing with ideas and knowledge, rather than the teacher acting as a middle man, dispensing filtered knowledge. A Charlotte Mason education includes first-hand exposure to great and noble ideas through books in each school subject, and through art, music and poetry.

The knowledge of God, as found in the Bible, is the primary knowledge and the most important. History is taught chronologically, using well-written history books, source documents and biographies. Literature is taught along with history, using books from or about the same time period. Language arts skills are learned through narration, which consists of the child telling back a story, first orally and later in written form; copywork, or the transcribing of a well-written piece of literature; and dictation of passages from their books. Memorization was used by Charlotte Mason not so much to assimilate facts, but to give children material to meditate or “chew” on, so her students memorized scripture and poetry.

Science in the early years emphasizes nature study with an emphasis on close, focused observation of creation as a means to knowledge of God. Charlotte Mason was very excited about science. She felt that all the new things people were discovering in her lifetime were part of God’s revelation, including the theory of evolution which was accepted by many Christians at the time. Christians using her methods now can still identify with her emphasis on nurturing curiosity and a sense of wonder, although most will teach that from a creationist viewpoint rather than an evolutionary one.”

“And this responsibility is not equally divided between the parents: it is upon the mothers of the present that the future of the world depends, in even greater degree than the fathers, because it is the mothers who have the sole direction of the children’s early, most impressible years.”
Charlotte Mason 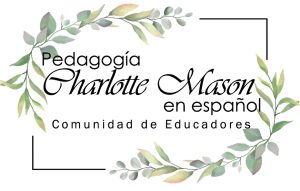 Thank you for your support to this new life-changing endeavor by Messiah Missions International. We are now witnessing many children’s lives and families transformed by the power of the Gospel of Jesus Christ being front and center in the upbringing of children and in parents assuming this responsibility.

If you wish to donate to this particular area of our work, please do so using this page and earmarking your donation to “Charlotte Mason Education.” May the Father of our Lord Jesus bless you abundantly.