Greetings to all the Prayer partners, Generous Donors, well wishes and every one which is attached to Messiah Missions Ministries in the name of the Sovereign Lord which brought Glory to God in the Highest and Peace to all the people which love God. We from the Central India Head Quarters of the Messiah Missions want to bless you in the name of the Lord in the threshold of this New Year 2016.

As the Lord’s Word promised this is the Acceptable Year of the Lord [Isaiah 61:1-3] and all His paths are full of plentifulness as the Bible tells in Psalms 65:11. We want you to be blessed as He has come to give us Life and Fullness.as in John 10: 11.

Gadag is one of the spiritually as well as financially Backward District in Karnataka. Due to failure of monsoon this year this area is under drought. We have a small church here. And also some evangelists work in the villages. So we want to conduct three nights’ meetings there. We had our own public address system there. So the expenses were subsidized by the brothers also. Only limited number of people came to the meetings. But they heard the Word of God preached by Pastor John Mohan. He also prayed for the sick people to be healed and sinners turn to god for the remission of their sins. No big miracles happened there. But about ten people turned to God from their heathen ways and rituals. Three persons wanted immersion baptism and they were baptized on the Sunday Morning.

He is 58 years old. He says: “I was born in an orthodox Hindu family. Our family is a big family and I have many relatives and friends also. I attended the meetings. I was touched by the Words of Jesus. I have many leaders and Gods in religion but I had no peace of mind. During the meetings I was convinced that I am a sinner and Jesus has borne my sins and carried my sorrows on His cross. He has taken my death and He has given me his Peace and Life. I did not go to my wife and children for consulting because carnal people cannot grasp spiritual things. So I wanted to join Jesus by receiving immersion baptism. It is already too late. For the past 58 years I had been living in sin and now that I have come to the knowledge of the saving Grace of God i wanted to live for Him. Since all the nearby people are my relatives and friends, I took Pastor John Mohan and two others to a lake called Hulikunte [Tiger haunted lake] and wanted me to baptize there. It is not I fear them but it is that I do not want to hear any negative words from others. I will bring all my family members to the Church and I want no one of them go to hell. I want to be known as Brother Samuel as all the old things were passed away and I am a new creature in Christ.” 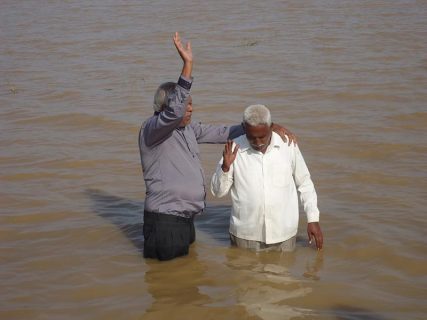 Nagaraju is 25 years old. “I am living in a village 10 kilo meters away from Gadag. My cousin brother is continually attending the Church here. Last time Brother John Mohan came here 3 months ago and I heard the gospel. This time it accurately touched me and I wanted not to lose the grace of god in Christ. I am cutting broiler chicken and sell in retail and that is for my living. But I know human race is something better than the birds and animals as they have common sense. That sense is to know God and believe His son sent by him. So I confessed Jesus Christ as Lord and my Saviour and took baptism on Sunday morning. I want to be known as Nathaniel Raj because I am anew creature now and all the old things are passed away. My old name says,” Serpent is my King” but hereinafter whoever loves god will be my King. As Nathaniel lived with a humble and submitted heart I would also like to live for Jesus.” 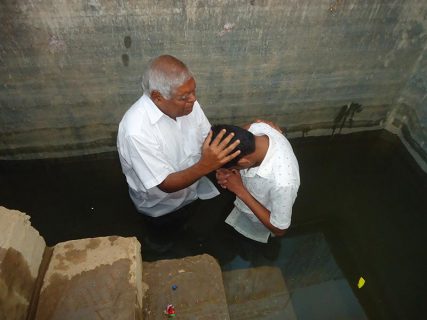 Bhuvaneshwary is 18 years old. “I was born in a heathen family and I am studying in post Matric course. I was very eagerly going to college and wanted to continue my education in Medical field. But since I heard the word of God it clearly talked to me as, the wise should not boast in wisdom, the might neither in their strength nor the rich in their wealth . But one which wants to boast should boast if he has the knowledge of the Lord, because he establishes righteousness, and justice on the Earth. “I surrendered my heart to Jesus and received His as my personal Saviour and Lord of my Life. If the Lord wants I will continue my Education and become a missionary doctor or else I will stop my college studies and become a witness for Jesus. Ambition is not God but God will reign supreme over my ambition and future life. I was baptized by Pastor John Mohan on the 10th January, which is Sunday morning and also joined in the Holy Communion which is the Lord’s Table with other baptized believers. The baptismal facility was arranged in the church itself. I want to be known as Beula. Because I am a new creation in God and I do not want to bear the name of a false Goddess because Bhuvaneshwari means Universal Goddess. Jesus is God of the Universe and every knee on Heaven, Earth and Hell should bow down before Him and confess him as Lord.” I covet your prayers so that I will discern the will of God in my life.” 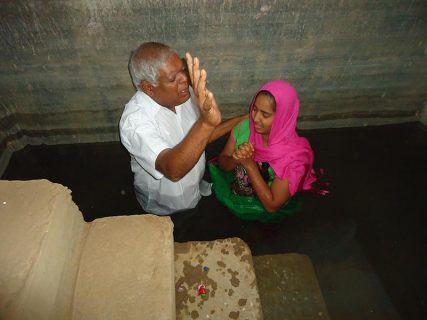 Some evangelists of this area came together for a day’s get together.  Brothers: Maruti paul, Neelappa, Kotresh John, Rayappa mathew, Jose Prakash , and Ramesh Aqilla and even the newly baptised Mark Shanmugappa also attended the gathering. Pastor John Mohan encouraged the brother to witness to one and all as the Lord’s coming is near and we have to draw some people from the hell-fire. He also warned them with the word of God, whichever stands in the faith should watch not to fall from the grace. Anyhow God will open a door when we are tested so that we shall escape from the suffering. “ 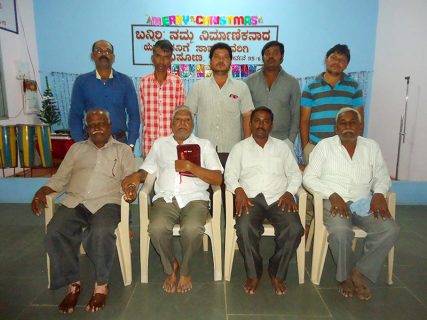 “I am Sunitha. I am 55 years old. I lost my mother when I was six years old. My father eloped with a woman and never came back. No other siblings also I had. So I became an orphan and live alone. One day Messiah Missions’ Missionaries came by the way and talked to me. They were full of compassion. They began to help me right from that spot. Now they support my house rent and food expenses. I am happy now. I am not an orphan or destitute. I have brothers and sisters now. All the Glory to Jesus!” 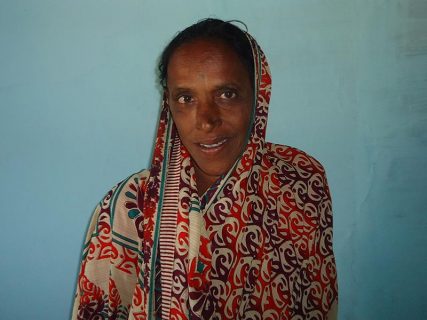 As we have mentioned in the November newsletter we are working with more than 200 children in this area. Many are destitute and the others are left outs. We started a day care center here and one of the believers helped us with his building without rent.
The children have to memorize verses and sing songs. They will get one square meal here and Pastor John Mohan did declare open the Day Care Center. Many Muslim children also are participating and we help them all without any difference or discrimination. I personally felt happy to see the children repeat Bible Verses and sing gospel songs together. One Mr. Praksh allowed his building to be utilized for the purpose and some local persons also gave rice and vegetables to feed the children.  Our churches in Velloor in Tamil Nadu , and Nanjangud in Mysore District also are growing. Believers are fed every Sunday here. in Velloor some Ten people were baptized recently and the couple David and Sangeetha are doing well in the service of God. 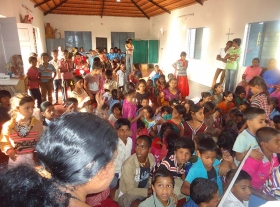 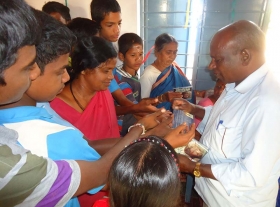 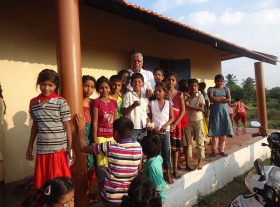 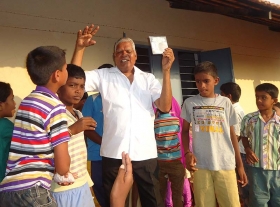 Many more things are there to share with you. We are sure that you would donate generously towards the works of God and pray fervently for us to stand fast in the faith and promises of God.

We thank you one and all and bless you as in the verse Hebrews 6:10.  May God bless you and shine His upon you as your works are richly rewardable in the Eternity.  Let us stand together and work great things for the Lord Jesus Christ expecting great things from Our Father.
Because he is not a fool whom loses which he could not keep for things which he will not lost. Yes we will not lose our rewards in Heaven though we lose our comfort zone for some time.

Peace and Grace be multiplied.

Yours in our Lord’s Love