Praise the Lord. By the grace of our Lord and saviour Jesus Christ and the financial support extended by our Parent Organization, Messiah Missions International, we are happy to see established and pioneer works cherishing in and around Nanjangud.

We believe God is in control of everything and he wants us to bear fruits. March was a great month for us as we have worked prayerfully to rebuild on the core aspects of Messiah missions work and have emphasised on evangelism which will remain as our vision and mission.

We would like to share the latest news from the mission fields of Nanjangud and neighbouring areas.

Pastor John and team visited Hullalli and nearby villages and reached out many non-Christians and held one-to-one counselling for men and women labouring in the remote areas of those villages especially Kurihundi. Each and every one was prayed for and these meetings saw God’s faithfulness and the guidance of the Holy Spirit. People started to confess, knelt down in their places and asked God for forgiveness.

Notable point is that these people live in small huts in which they can enter only by kneeling down as the average height of these huts are 4 feet. These groups live as nomads and migrate from one place to another in search of daily wages.

Our Messiah Missions Team gave some new and used clothes, sandals and served a mid-day meal to some among them.

Almost 18 people received Jesus Christ as their personal savior and moreover, 4 of them have started regularly attending the church since 3 weeks now. 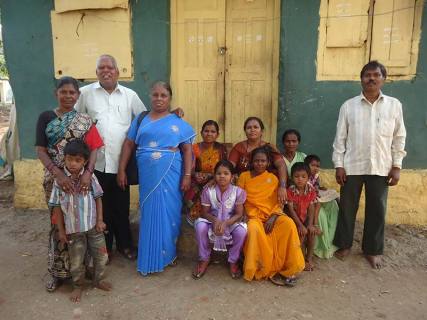 Result- As a result of these meetings, we pray that these nomad groups should completely know the love of Jesus Christ and live a better godly life.

Charity work among the widows and the poor women

As a routine of our work among the widows and the poor and needy women who are supressed in the family and society, we distributed old and new clothes to the children of widows and poor women like Sis. Gowramma, Kamalamma, Mahadevamma, Rekha, Raji, Rukmini, Vimala, Rajamma and others.

Reason- Small children of these widows and poor women had no good clothes to wear on Sunday worship occasions. Messiah Missions Nanjangud team noticed this and decided to provide new and old clothes to these children 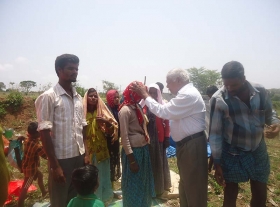 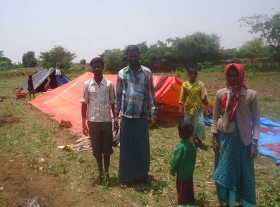 Result- Better clothing and a changed lifestyle of these children which will make God happy.

Pastoral Committee for Messiah Missions set up in Vellore-Tamilnadu

Messiah Missions Nanjangud ministry has enlarged its ministry works in 4 states of India namely Karnataka, Tamilnadu, Kerala and Orissa. We are looking for more voluntary partnerships in some more states.

To look after the works and progress in each state, we have formed state committees in Karnataka and this time we have done that in Tamilnadu too. Pr. Madhan Mohan, Leader of the Mission In India has initiated this and the team is active. 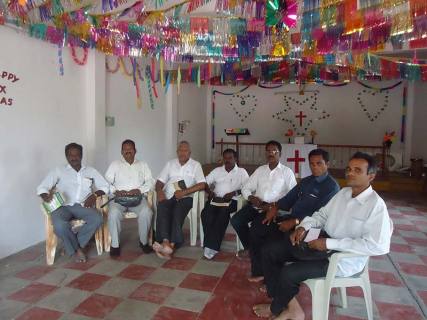 Sulthan Bathery is a town in Eastern Kerala. It shares its borders with Tamilnadu and Karnataka.  50% of its inhabitants are Tribals such as kaniyas, Genukurubas, kadukurubas. We have been working with these people and many of them saved and we have the children in our ministry. But there is no convenience for to stay with them. Many people nowadays are being saved in the town also. So we prayed to the Lord and the Lord helped us to get a prayer hall in the Chamakkalayil Building for a reasonable rent. This room may be used for the Office for Messiah Missions ministries in Kerala also. On Sunday morning 10 to 15 people gathered and after prayer Pastor John Mohan inaugurated the building and prayer worship there. 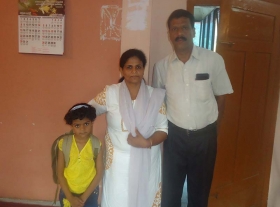 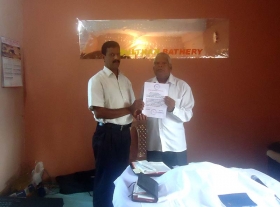 Pastor Rafeeque P K will be working here as the Pastor of this church full time. Putting this as shelter we can work with the tribal people among their unwed mothers (2000 in number) and orphan children also. This church is growing and the Lord adds souls to this church. Other messiah Mission churches in Kerala are Chethalayam [Pastor Satish Chandra], Kumbaleri [pastor Suresh Kumar] and Ammayippalam [Pastor Binoy] and Thelampatta [Pastor Renjith John]

Pastor Devakumaran reports from Tamilnadu that all the churches in the districts of Velloor and Krishnagiri are growing. Messiah Missions pastors working there are Devakumaran in Chamalapura, Raji Joshua of Tiruppathur, Ezekkiel sundaram of Kunichi, Robinson Balayya of Ambur, John Panneer selvam of Devalapura, Sis. Sharon Victor and her father Pastor Victor in Uthankarai, Pastor Timothy Ramesh of Seduvalai and Pastor David Shanker of Sampath Nagar.

After three years we had good rain in this area. The people were running here and there for drinking water and we prayed in a hotel room to God to send rain and help them. In this month 80 persons were saved and many of them took baptism in this area. We are actually praying for a latter rain in this area pertaining to Gospel. Previously these people were thieves and murderers and doing dacoity and waylaying the passengers. Gospel is the answer for Law and Order problems also. We gave 10 mats each to the pastor and they are of good use in this area. We have also given used clothes and coconut thatch to a church to have a roof.