Dear Messiah Missions, beloved in Christ, Greetings to you in the All-powerful name of Jesus!

It gives me great pleasure in writing to you at-least monthly once. It helps for mutually knowing more, praying more and well-informed bridges up mutual understanding which strengthens relationships. I always try to report things so that our well wishers there will be coming into close relationships about the knowledge of what is happening in MESSIAH MISSIONS in INDIA. .

POLITICAL SITUATION IN KARNATAKA: Karnataka is a land of 50 million people. Karnataka is ruled presently by Bharatiya Janata Party (BJP). It is a Hindu Communal Party and its militant presence is called Bajrang Dal. These militants are trained to beat evangelists upon their spinal chord and report [falsely] to police using sections of the Indian Penal Code which may deny bail to the accused in new conversion cases. At least 30 such cases are residing in the 30 districts of Karnataka. Public gospel meetings are screened by these elements. 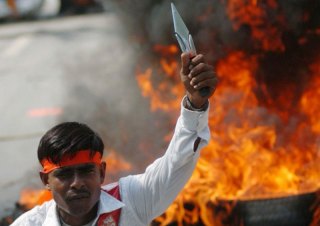 As example, recently in Kerala, 10 Hindu hardliners from the BJP on March 15 attacked an evangelist in Malapuram. The Global Council of Indian Christians reported that the extremists pulled away Tribal Mission evangelist O.J. Andrews as he was leading a worship service, dragged him about 30 kilometers (19 miles) in the street and beat him to near death.

Another incident in New Delhi, with the encouragement of a local chief and the apparent backing of a BJP leader, villagers in the north-central state of Madhya Pradesh on May 28 five men gang-raped two Christian women after the husband of one refused to deny Christ. Villagers had beaten up Gokharya Barela, the husband of one of the victims, and took him forcibly to Sirvil village, about two kilometers from Nadia, where the Panchayat (village court) gathered and asked him to forsake Christianity. When he refused to give in to their demands, the village head ordered that Barela be made to drink wine. Villagers forced him to drink about half a bottle, releasing him with a warning that he should move out of the village. The village head had also told the villagers and they could feel free to rape Christian women, saying no one would save them. The West and other such countries have little comprehension of our suffering for the name of Christ. 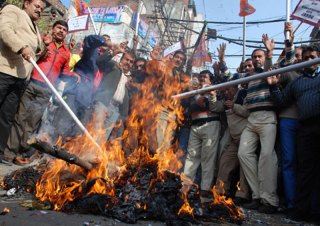 Even child-care centers are watched by the informants and some church services are hindered. This Party has added to its strength for the past 3 years and they are trying to stop any kind of Evangelistic Activities. I was personally beaten up black and blue two times. One time Mr. Suresh, their leader, threatened that he would set myself into flames, but the Lord delivered me miraculously. Mr. Suresh apologized to me, but his repentence was not 100% a true repentance. The last time I was beaten up was on 7-7-2007.

MESSIAH MISSION IN ORISSA: Pastor Bhima Raitha and associate evangelists labor for the Lord in the riot-hit Orissa State. In the reporting month 5 new women accepted the lord Jesus Christ as their Lord and Savior and witnessed of Him in the Baptism Tank. Some 20 children are here with the Pastor Brother Bhima Raitha his small wife and two children of his own.

MESSIAH MISSIONS IN KERALA: Pastor Koshy George is continuing some days of fasting and prayers. Brother Suresh’s wife is undergoing treatment in the hospital since she had bleeding continuously. Sultan batery is a good place for conducting. Public Gospel meetings as it is in Kerala State which has a large number of Christian population .

MESSIAH MISSIONS IN KARNATAKA: All our brothers are doing well and they are happy in the service of our Lord. Please pray for the DAVANGERE and BELLARY districts of Karnataka as if the Lord is willing, I want to take up a weeks’ Pioneer work in these Districts which has mass Dalite representation.

MESSIAH MISSIONS IN NANJANGUD: Our main base church in Nanjangud is growing despite problems. A training institute seems imminent as necessary for training our new converts and evangelists. The Lord has spoke to our hearts, telling us to start a Discipleship Training Institute. May our good Lord help the MESSIAH MISSIONS in INDIA to grow a 100 fold in salvations and mature brethren.

WEATHER CLIMATE IN INDIA: It is good these days. Neither very hot nor very cold as we are experiencing. These were rainy days but due to global weather changes, we are not getting sufficient rains. But our earnest prayers are for a SPIRITUAL LATTER RAIN of the HOLY GHOST.

Steven Ray, your adopted children Manasapriya, Sadana, Dakshayani are doing well. Other children are doing well too. We pray those who support Messiah Missions will consider adopting orphans as well. Anitha is very good in memorizing Bible verses. We have decided that the month from July 15 to August 15 will be ”THE HOLY BIBLE MONTH” Reading the Books of the Bible and complete at least ”The New Testament ‘ within this month.

In our Masters’ Service,