Dear brother in Christ, Greetings to you in the matchless name of our Lord and savior Jesus Christ , the name above all names!

It is my joy to write to you and I take it as a privilege to work with you in MESSIAH MISSIONS which attends to the orphans and destitute children and cares fro the widows and helpless women.

As my wife always accompany with me whenever we go out for ministry, by the grace of God we have a good report from the People of God as well as the Society around us. This I write because of our Key verse says that thing also there.

As we all know Christians in Orissa State in India are always a target for the rowdism of the Communal fanatics in North India however the people of Orissa, especially the tribal Christians are on the increase and they need nothing but the feeling of some brethren are caring for them gives them warm and consolation. We tried to bring some Orissa pastors here in Karnataka as well as I personally went there and met them and encouraged them with the word of God.

Our other brother also went to many places, hills and the valleys and shared the word of God among the folk. The thing is after coming from Orissa state we always get malaria fever and lose 10 kilo grams. It is because of the mosquitoes which are plenty in that area. Nevertheless the water is contaminated and situations there are meager for us.

I want to write the names of some of the Pastors and evangelists who are associating with us. Though we are not supporting them fully we have to pray for them as Our Good Lord will bless them and shine His face upon them:

It is very exciting thing that KARNATAKA is presently number one attacking and persecuting Christian believers and Christian missionaries. And work in Karnataka is going on smoothly. We had watch-night prayer for the NEW YEAR up to morning in Nanjangud. Other places up to 1 A M in the new year morning.

We had a BAPTISMAL SERVICE on the first of January 2012. Mr. Ganesh became George Ganesh on the New Year Day. I have enclosed his testimony in a different e mail.

Brother Paul Raveendran came to Mysore town -23 kilo meters from Nanjangud Town and District Head Quarters, I also helped him to establish a congregation there. Nearly fifteen people will take baptism there this month end. 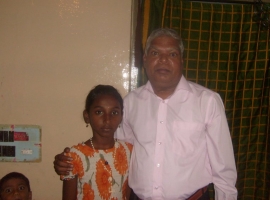 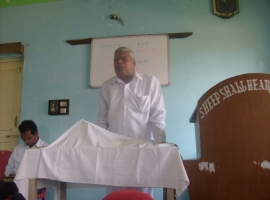 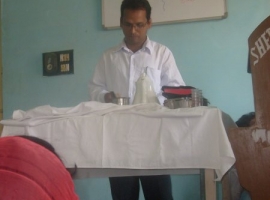 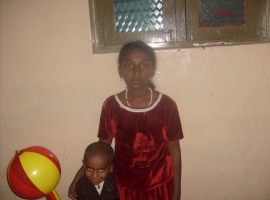 In the children Ministry by the grace of God Varalakshmi’s marriage did not take place. She is only a minor. Manasapriya has improved a lot in studies. Kavitha also is doing well.

Other children are also doing well. Ramya’s parents had a quarrel with each other. Ramya fasted and prayed and they are living in peace presently. I had sent the life testimony of Ramya earlier.

We are all doing well we wish the same and better for you throughout this year as our good Lord Jesus Christ leads us through. We all greet and thank all the prayer partners and supporters of the MESSIAH MISSIONS.ORG

In our Master’s love,
We remain,
For all the Workers and Children of MESSIAH MISSIONS.Org in India,