A visit to Orissa, the riot hit region

When we hear the name Orissa the first thing comes to our mind is the name Mr. Rev. Graham Staines! Rev. Graham Staines and his two innocent sons Philip and Thimothy were brutally murdered and set fire in Orissa by some Hindu communal forces some years ago. But the Memory of the Righteous stands alive and the air in Orissa has a different smell now. The smell of flesh burning…the flesh of innocent blood shed…..the venerable cries of two little young boys. Rev. Staines we bow before your memory and we see you and your dear sons wearing the crown of life on the Day of our Lord.

Evangelists from Phulbani, Raigad, Gajapathy and Ganjim Districts came together and arranged a Evangelists and Christian workers meeting in Arthal, near Navagad in the District of Raigad last week. Raigad was selected because it is well connected with the other parts of Orissa with Rail and Bus connectivity. Raigad is 35 hours journey from here by Train. Unfortunately the heavy rains lashed on Orissa the previous days have washed away some of the bridges on the state highway from Raigad to Mohana and Behrampur.So we had to travel by bus through Kumuda and the hilly roads tested the strength of our bones and muscles. And we reached Navagad travelling six hours by bus.

Brother Bhima Raitha was there to receive us. We took four bags of used clothes with us to distribute in Orissa’s internal hamlets. These hamlets or small villages are situated on the Eastern Ghats. Every village has 10 to 40 houses . From the bus road they have to walk 3 to 10 kilometers to reach their respective villages and mostly no travel convenience is available for the poor folk. These people are of the KUYI tribe. They cultivate Ragi and Paddy AND PLANTAINS AS CROPS. They breed cattle and sheep for livelihood. Some people live catching fish and selling them in the markets. 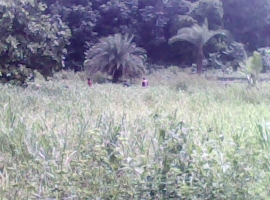 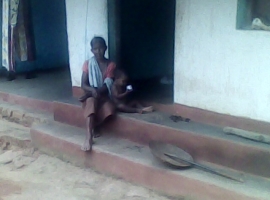 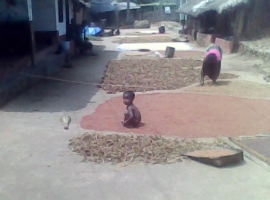 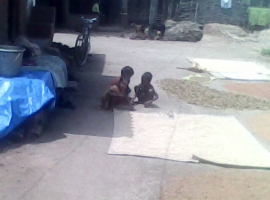 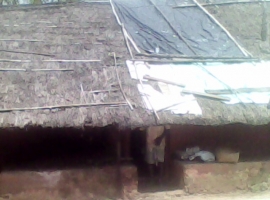 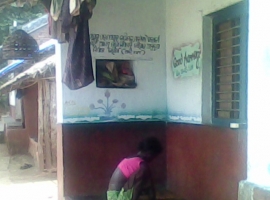 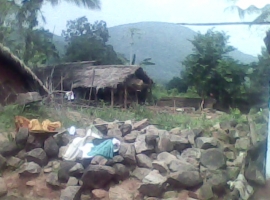 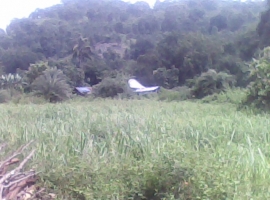 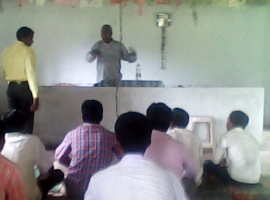 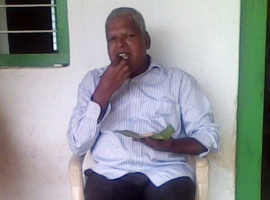 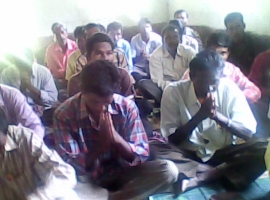 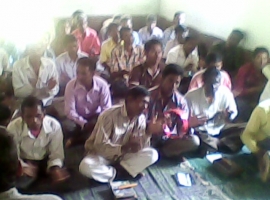 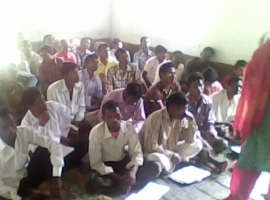 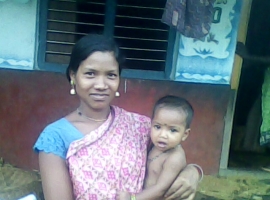 From Navagad we travelled by Motor Cycle to Arthal, the tidius 7 kilometer journey through the jungle road. The mud road was slippery because of the rains and we crossed two creeks on the way. These creeks or small rivers are the source of drinking water for the villagers. The roads have no bridges here and they have to stand for the water to recede if it is rainy season.

In Arthal we found more than fifty Evangelists and Christian workers standing together and waiting for us and all our dissatisfaction about the travel was gone. Some say “Praise the Lord!” and some greeted us with, “Messiah ki Jai ” Suppose the Hindi version of the PRAISE THE LORD. Since the workers have come from distant villages a breakfast was arranged for them. Just after the Breakfast at 11 am the Fellowship meeting was started. It was good to hear they singing Odissi songs Praising the Lord.

Brother John Mohan share with them the 7 claims of Jesus:

After the sharing of the Word of God the pastors enjoyed the Move of the Spirit and worshiped the Lord in Spirit and Truth.

Twenty two of them were full time Pastors and six of them dedicated themselves to serve the Lord in full time. Some of them witnessed they have walked miles and kilometers to attend this meeting. Some of them shared their experiences of undergoing severe persecutions but none of the people in Orissa have renounced Christ amidst all the torture from the Communal forces. Even the Government in Orissa shared by the Bharatiya Janata party and the Police are ordered to keep aloof when Christians are attacked or their things looted.

The used clothes were shared among the workers like hot cakes and they will distribute them to the needy persons in their respective hamlets.

The need for the Holy Bibles also met with 30 Holy Bibles costing Rs. 3000/- The fellowship lunch was delicious and all the workers ate stomachful taking two three times.

BHIMA RAITHA AND OTHER EVANGELISTS asked me to pray for Orissa and the safety of the evangelists in Orissa. We all joined our hands as a chain and sang “Bind us together Lord, Bind us together with Chords” And I prayed for the safety and security of the Christian s and Gospel workers in Orissa and asked the Lord to send a Holy Ghost Revival in that state. Because we have seen imminent revivals in the regions wherever christians are persecuted. We kissed each other with a Holy Kiss as they did bid us farewell.

The encouraging subject was almost all of the workers are young people in the age group of 18-40. I bow for their zeal for the faith and dedication for the hope. When some of them introduced themselves, they told their sons’ names are Graham Kumar, Graham Raju, Graham Malik keeping the memory of the great martyr of Orissa alive.

From Navagad to Arthal are 7 kilometers and the mud road narrows through the jungle to the village down the hillock.
When I got down from the bus and was shaking hands with the evangelists which were waiting to receive me, one person seemed talking in the Landline and eying me. At the starting point of the mud road he was joined by two other persons. They were fat and tall and strong. I remembered the Bajrang Dal people , the militant wing of the Bharatiya Janata Party and the Rashtriya Swayam Sevak Sangh[RSS] which took initiative for the murder of the Graham Staines and the massacre of the innocent Christians numbering 112 last year. Many were rendered homeless and their Valuables as well as household things were looted away. Any how these fellows followed me for three kilometers . I was praying continually and there was no other thing to do. After three kilometers some more Tribal people are found and that must be the border of the Tribal Village. These three men following me stopped there, paused for a while and returned . I made a sigh of relief.

The chip in the Digital Camera not found:

When I wanted to take snaps of the hillocks and the Fellowship meeting I found that the chip in the digital camera was missing. It was a shock for me. I had to take pictures through the Mobile camera and the provision was limited there.

During the train journey two young Roman Catholic girls were in the train. They did not get reservation. They had to go up to Kakinada for Bachelors in Nursing studies. They had luggages and were troubled thinking of night journey without reservation. Since there wont be a stop in Kakinada for this train they would get down in Samalkote. In the mean time, some persons informed them that some religious persons are travelling in S3 Compartment. They came to me and told their situation. I readily vacated my Birth and gave it to them. They were reluctant in accepting it because they did not want to give trouble to an aged Pastor. They just would keep their luggage near my Birth and would like to travel in the General Compartment but that would not be safe. So I had to suffer and allow these two young students to sleep in the one Birth vacated . The next morning during conversations I shared the importance of Being saved through the Word of God. Both of them received Christ in the Train Compartment and when their destination arrived I sent them with prayer and blessing. Thus their non-comfortablity paved way for knowing the True way of knowing God and being happy in Christ Jesus.

TO Orissa not much Pastors are turning their head because of the tense situation.
As soon as the local Pastors know that a Pastor from the south had come there they were very happy to receive me make use my preaching in the Congregations. First I preached in the Raigad church pastored by Pastor Johney and told my Testimony in an other congregation 5 kilo meters away. In the evening I took prophetic service in the small prayer group headed by brother James. We booked lodge rooms for the night because staying the in the Tribal Villages at times is not safe. I was not afraid for becoming a Graham Staines or Yesudass [who was burnt alive after being tied in a tree branch head down] or Samidoss [who was pierced through by arrows at night while he was in a Tribal village]. The thing is we should not give way that Satan takes control of the situation.

While traveling back I met Meena a 30 year old woman who was taking her 5 year old daughter YASHIKA to the Christian medical college hospital at Vellore 1500 kilo meters away. Yashika had symptoms of cancer and has to undergo Kimotheraphy medication for several times. When I shared with her the word of God , Meena asked me to pray for her daughter Yashika and I did pray for her in the train compartment.

I am back in Karnataka safe and secure and continue with the ministry of the in Nanjangud town.
Let us say Mara Natha as our MESSIAH , THE KING OF KINGS will be back to wipe our tears and establish His Kingdom.